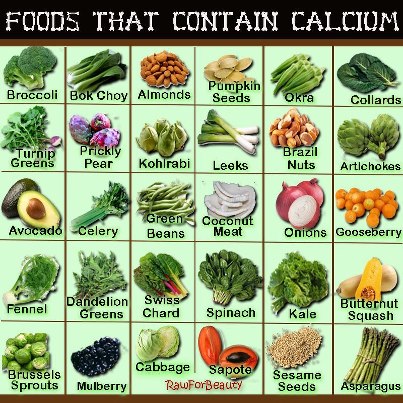 Lately, there is one question that has been coming up more often than others. People keep asking me where to get calcium from if they don’t eat cheese, milk, or other dairy products. The answer is simple. There are many foods that are high in calcium, which have nothing to do with animals.

So, why should we not get calcium rich foods from animals?

As with many food ideologies we tend to have as a culture, I think it is such a tragedy that people think they can only get calcium from animal sources. They are nutrient poor!

As a nutrition and lifestyle professional, I am consistently amazed at the power effective marketing can have on people who don’t know better. Marketing, lobbying and misinformation, have all worked together to increase profits in the dairy industry and make food cheap for people.

What does that mean? It means that in the end, as consumers we are being told that dairy products come from happy cows and that we need them to grow up big and strong. Ahem …. I have to disagree.

In fact, research shows that dairy products can actually leech (that is a nice word for “suck out”) calcium from your bones. According to milksucks.com, “both clinical and population studies show that milk-drinkers tend to have more bone breaks than people who consume milk, infrequently, or not at all. I know! That is hard to believe, especially after what we’ve been taught the opposite for generations.

According to Michael Greger, MD, milk does indeed come with a lot of calcium, but it also comes with a lot of baggage like cholesterol, saturated fat, and even puss and feces. Overall, it is harmful to humans and promotes rapid growth. It is also the number one source of artery clogging fat in the SAD – Standard American Diet next to cheese, which is made from cow’s milk. It is also one of the top allergens in the US diet. Joel Fuhrman MD also says, “The calcium found in leafy green vegetables, like kale and broccoli, is absorbed about twice as well as the calcium in milk.”

So, if you really want to build strong bones, but don’t want to clog your arteries and subject yourself to allergies, and maintain a positive calcium balance, then it’s time to start exploring the world of nutrient rich, superfood nutrition.